In our last post called ★ Thought for the Day – Community That Matters ★, we explored the importance of what my church calls “Fight Clubs,” which are bible studies with 2-3 people of the same gender who gather together to:

Today we are going to focus on the aspect of “fighting our sin.”  We all have to deal with some form of temptation. It may be obvious like alcohol or drug addiction. It could be with what the Bible calls “the lust of the flesh,” which essentially is what is allowed to be looked at on the internet, TV or even magazines in the grocery store that feeds inappropriate sexual behavior like pornography, promiscuity or adultery.  Or it could be saying no to the second helping of food, or not continually gorging on snacks and desserts (something that is hard to do especially right now with Girls Scout Cookies being sold everywhere you go…hahaha!)  But there may be some less obvious temptations to be aware of.  Perhaps it’s a preferred college that is a known “party school,” or a job offer that would be great for “career advancement,” but the company conducts business with questionable ethics.  Or if I haven’t gotten you yet, (which I doubt if you’re being honest,) it could be that you need to avoid the temptation to get the latest gossip, aka the “dirt” or juicy morsel about a friend’s break up or what mistake someone has made.  Or here’s a temptation you may not have thought of…Anger – giving into the rage that you have allowed to build up within you.  So whether it is alcohol, drugs, pornography, promiscuity / adultery, gluttony, moral / ethical compromise, gossiping, or anger, the Word of God has much to say on the subject.  As a result this post will only scratch the surface and will serve as an introduction to a series of posts that will delve much deeper into each of these temptations.

There are two parts to temptation: the Spiritual and Physical.  If you have been around our blog you have heard me talk about spiritual warfare often because we need to be aware of the war that is raging.  Now this is not a license to sin, allowing us to “cop-out” of taking responsibility for our actions by saying “the Devil made me do it.”  But there is without a doubt a really battle going on between good and evil in the unseen world, see Ephesians 6:10-17.  The war is for our soul, which Satan will use temptation to draw us away from God which started at the beginning of time with a simple question that is recorded in Genesis 3:1 (NLT)…

“Did God really say…?” is a question we have all heard in some form or another to get us to doubt the truth of God’s Word or to rationalize a sin that we are flirting with.  Just like any good prosecuting attorney, Satan screams lies into our mind to establish “reasonable doubt.”  Charles Stanley has this life lesson on Genesis 3:1…

“Satan often begins his temptations by questioning God’s commands and suggesting that obedience is not really necessary.  Don’t fall for his trap!  We do ourselves great harm when we believe that we will find greater blessing in doing our own thing than in obeying God.  Obedience is necessary and always results in blessings.”

I especially like that last part, “Obedience is necessary and always results in blessings.”  But too often we want the blessing of God WITHOUT obeying His commands.  What we fail to realize, is that God’s commands are there not to keep us from what is fun and fulfilling, but to keep us safe from what will destroy our soul and body so we don’t become like some sad country song.  Have you ever heard this joke?

“What do you get when you play a country song backwards?”

As an avid fan of the genre, I can tell you that there tons of stories set to music about heartbreak and loss as a result of bad choices.  Today we are going to look at the saddest man in the entire Bible and how his life really could be the subject of a country song!  We will unpack how he started out on top of the world but went horribly wrong by giving into the second part of temptation – the Physical.  Do you know who that is?  If you answered Job, I would say good guess but you would be incorrect. Though he went through unbelievable trials of losing all he had monetarily (property and livestock), his children and also his health, in the end he was blessed abundantly by God.  If you read Job 42:10, 12a, 17 it shows how in the end Job came out all right. No, the person I am referring to is Lot, Abram’s nephew.  What makes his life so sad is his failure to avoid temptation and fight his sin.

Lot is a great case study to serve as a cautionary tale to illustrate how critical it is for us to battle against those weaknesses that can wreak havoc in our lives.  In full disclosure, I do want to mention that a lot of what I will talk about was influenced by a sermon I heard back in 2013 called “The Devil Made Me Do It!” by Perry Noble (who is the former Pastor of NewSpring Church.)  Perry Noble called Lot “the saddest story in the Bible” because as a result from failing to “just say no” to temptation, he went from “riches to rags.”  In 1 Corinthians 6:9-11 (NLT) the Apostle Paul gives us this warning…

Ouch!!  Strong words for sure but I think in this instant gratification generation of “I want what I want and I want it now,” it is sorely needed.  Perry Noble made this simple but profound statement in his message that: Boy is that true not only today, but for Lot as well.  For those who may not remember the story of Lot I will give you the cliff notes version of his decline in the Book of Genesis.  I pray you would be open to what God wants to speak into your life about temptation and allow Lot’s “hindsight” to be our “foresight.”  We can learn a lot from Lot!  (Pun intended…Hahaha!  Sorry I couldn’t help myself.)

“They shouted to Lot, “Where are the men who came to spend the night with you?  Bring them out to us so we can have sex with them!”

So Lot stepped outside to talk to them, shutting the door behind him.  “Please, my brothers,” he begged, “don’t do such a wicked thing.  Look, I have two virgin daughters.  Let me bring them out to you, and you can do with them as you wish.  But please, leave these men alone, for they are my guests and are under my protection.”

“Please, my brothers?”  Ugh!  How far Lot fell!!!  He went from being blessed by his proximity to Abraham to now calling these wicked men “brothers!”  And if that was not awful enough, he offered his daughters to be raped by the men of the city in their place!  How would you like a father like that?  The story spirals further out of control as the angels plead with Lot to gather his wife, daughters and future sons-in-law as the time was close that God was going to reign down judgement on the city.  Lot was only able to convince his wife and daughters to flee the city but as they hurried out of the city, the angels warned them not to look back at the destruction.  In verse 26 it records the consequence of disobedience…

“But Lot’s wife looked back as she was following behind him, and she turned into a pillar of salt.

So now because Lot went towards “what looked good,” instead of “what was good,” all he had was gone including his wife!  Flirting with Temptation will never end well…eventually you will give in to it and will have to reap the consequences!

Lot went from being blessed abundantly because of his proximity to Abraham, to ending up living in a cave with his daughters who got him drunk so he could impregnate them.  I am sure if you could ask Lot, “Where do you see your life ending up?”  He never would have dreamed that moving his tents to a place near Sodom would have landed him in a cave without his wife, broke and two grandchildren that he would play a part in conceiving!

The key to Avoiding a whole “Lot” of trouble is to fight against the Temptations that come before each of us.  Proverbs 4:23 (NLT) says:

“Guard your heart above all else, for it determines the course of your life.”

Our heart is the starting for all of our problems if we fail to guard it!  I asked the guys in my lifegroup for their perspective of what they have learned about temptation and here is what one had to say which was quite profound!

“The biggest way to help overcome temptation is through connection with others.  Having relationships with people who are real and well-grounded spiritually.  You need authentic people who will truly hold you accountable.  The opposite of addiction is not sobriety… it is connection.  So much of the time temptation and desire to sin happens in the absence of others.  Having connection to people helps fight against that.”  Tom Duarte

Amen!!!  Accountability is critical!  God never intended for us to live life isolated from others.  When we and connected to other Godly people we can overcome!    Ecclesiastes 4:12 says:

“A person standing alone can be attacked and defeated, but two can stand back-to-back and conquer. Three are even better, for a triple-braided cord is not easily broken.”

We are stronger together!  And look at what Galatians 5:16-17 (NLT) shows the benefits of avoiding temptation:

We need to be led by the Spirit!  And when we are then our lives with show the evidence of the “Fruit of the Spirit.” (See Galatians 5:22-23.) 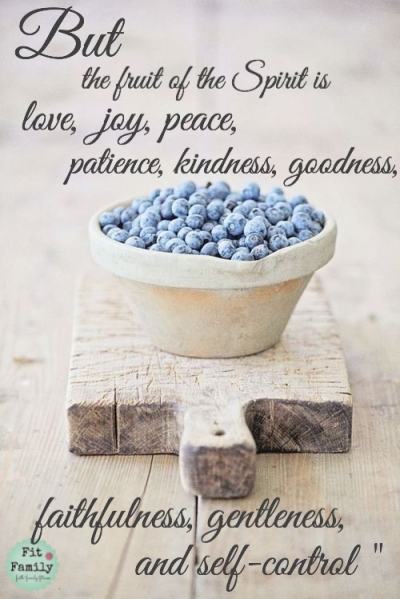 If you notice the last fruit, it is “self-control” which I dare say may be the most important one!  It is a lack of self-control that will lead to succumbing to the temptation resulting in sin.  Jesus’ little brother offers this truth in James 1:15 (NLT)…

“Temptation comes from our own desires, which entice us and drag us away.  These desires give birth to sinful actions.  And when sin is allowed to grow, it gives birth to death.”

Just like Lot, we must protect ourselves from “our own desires” that will give way to sinful actions because in the end it will result in death!  Here is my prayer for you!!

“I pray that your love will overflow more and more, and that you will keep on growing in knowledge and understanding.  For I want you to understand what really matters, so that you may live pure and blameless lives until the day of Christ’s return.”  Philippians 1:9-10 (NLT)

In the upcoming posts, I hope God will speak through you as we study about pitfalls of yielding to various temptations.  If we bury our head in the sand like Lot, we WILL suffer the consequences! 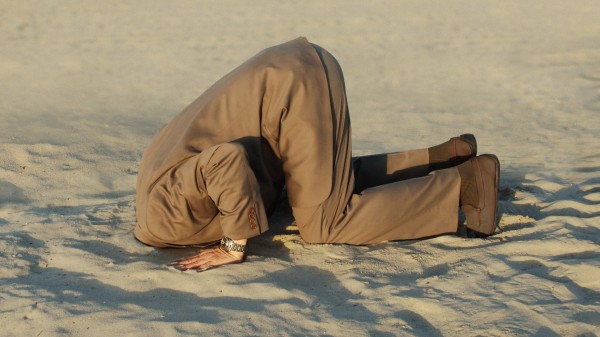 Here is the next installment of the Temptation Series called:

Also if you want to delve deeper on this topic, check out the posts:

★ Thought for the Day – Honest Self-Evaluation ★

And as mentioned earlier, here is an incredible “The Devil Made Me Do It!” on the life of Lot by Perry Noble.