In the sixth month of Elizabeth’s pregnancy, God sent the angel Gabriel to Nazareth, a village in Galilee, to a virgin named Mary.  She was engaged to be married to a man named Joseph, a descendant of King David. Gabriel appeared to her and said, “Greetings, favored woman! The Lord is with you!”

Confused and disturbed, Mary tried to think what the angel could mean.  “Don’t be afraid, Mary,” the angel told her, “for you have found favor with God!  You will conceive and give birth to a son, and you will name him Jesus.  He will be very great and will be called the Son of the Most High.  The Lord God will give him the throne of his ancestor David.  And he will reign over Israel forever; his Kingdom will never end!”

Mary asked the angel, “But how can this happen?  I am a virgin.”

The angel replied, “The Holy Spirit will come upon you, and the power of the Most High will overshadow you.  So the baby to be born will be holy, and he will be called the Son of God.  What’s more, your relative Elizabeth has become pregnant in her old age!  People used to say she was barren, but she has conceived a son and is now in her sixth month.  For the word of God will never fail.”

Mary responded, “I am the Lord’s servant.  May everything you have said about me come true.”  And then the angel left her.

Wow!  This is such an incredible story.  Many times we can read a familiar part of the Christmas story and just glaze over what is actually being said.  Often times I like to put myself in the story to understand it more fully.  First off, what would I do if an Angel appeared to me?  Cower in terror I am sure!  Everywhere in scripture that an Angel appears to a human their very first words are the same “Don’t be afraid.”  Just the sight of a Messenger of God evoked such terror.  Now think of Mary, and what it was like to see and Angel and being a teenager!!  Though scripture does not say how old she was, Mary was probably around 13 or 14 years old which was the traditional betrothal or engagement age.  The artistic rendering above is more commonly the type of depiction you see of the interaction between the two of them, and perhaps afterward Gabriel comforting words Mary had that composure, but I think this is probably how it first appeared and what I image myself being like.

As Gabriel was making his second proclamation to a human being, this time to Mary, I wonder if he changed his approach after Zechariah’s response of disbelief (that his wife Elizabeth would become pregnant in their old age) because now he is giving supporting evidence that the impossible can and is currently being fulfilled.  (If you missed it, go back and read, ★ Day 02 – Reason for the Season – Why I Say Merry Christmas ★.)  What an encouragement Luke 1:37 (NLT) is, not only for Mary but for us today:

“For the Word of God will never fail.”

“For nothing is impossible with God.”

I love Mary’s response in verse 38 to the Gabriel that though she was a virgin, she would give birth to the son of God.

“Mary responded, “I am the Lord’s servant.  May everything you have said about me come true.”  And then the angel left her.” 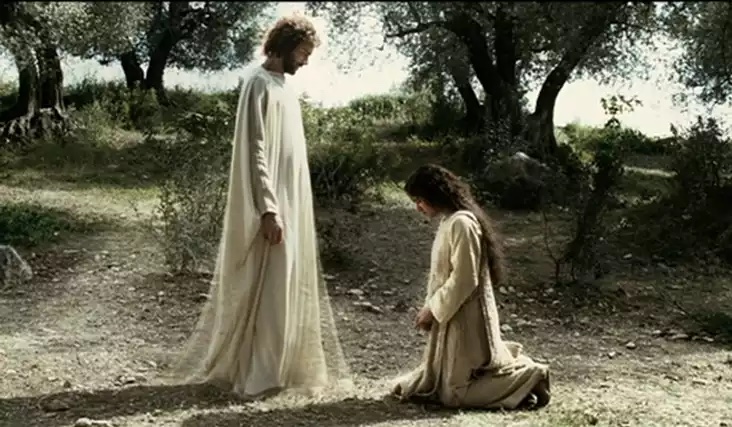 Amazing faith!  If you want to delve a little deeper about Faith, we posted this ★ Thought for the Day – Unfathomable Payoff of Faith ★.  Hebrews 11:1 (NLT) says,

“Faith is the confidence that what we hope for will actually happen; it gives us assurance about things we cannot see.”

There is much uncertainty in this world, but one certain thing I know is that God will never change and so long as I place my faith in Him I WILL NEVER GO WRONG!  I am so thankful for Mary’s extraordinary example of Faith and I pray that I would have the same as well!  May we not only keep sight of the “Reason” for the “Season” but also to trust in God with the same measure of faith as Mary!  I will close with this beautiful prayer from Susie Larson,

“Today, may the Holy Spirit awaken your heart, stir up your faith, and empower your steps! May Jesus open your eyes to all you possess in Him. May you raise your shield of faith, draw a line in the sand, tell the enemy of your soul, ‘No More!’ and refuse to be bullied by your fears. God’s perfect love surrounds you, fills you, and covers you. He’s got you. In Christ Jesus, your soul is heir to His Kingdom. Everything He has is yours. Remember who you are today. Remember whose you are. Heaven knows your name.”

As an additional supplement to today’s “Reason for the Season”…I highly recommend you listen to “The Twelve Voices of Christmas” audio dramatization from Back to the Bible of “Mary – The Voice of Wonder.”  This dramatization is designed to help the listener experience the story of Christ’s coming in a fresh way from the Mary’s perspective.