I love the different approach this comic takes… often times you see Santa as the focal point during this time of year but there is a deep spiritual truth revealed here that we need to get a grasp on…Instead of looking at this time of year for the accumulation of stuff, let’s look to receive from Jesus what we really need.  About a week ago Candace Cameron Bure posted on Facebook page a response to the selfie she shared wearing this Ugly Sweater

that has people in an uproar about the sacrilegious nature of it.  You have probably seen this sweater and I am not sharing this to stir up controversy but rather to raise awareness to this issue of the tension of Santa vs Jesus and pose this question…Is there “Can Christians Condone Claus?”  The website Faithit has a great article about the scandalous sweater selfie, shared Candance’s response to her critics (12/16/2015)…

“I see this sweater as a bridge between commercialism and the real meaning of Christmas, that invites conversation.”

The debate about whether or not Christians should perpetuate the myth of Santa Claus has been raging for centuries.  There are people on both sides of the issue, each with their own reasons why or why not to proliferate the reality of a heavy jolly man in a red suit who travels the world in a single night, delivering presents to good girls and boys by way of a chimney and then and drives away on a sleigh pulled by flying reindeer

…Wow, just saying that all in a sentence you realize the enormity of the tale…In yesterday’s ★ Day 22 – Reason for the Season – Part of the Stable Few? ★ post, we looked at the heart of worship that the Wise Men modeled for us to emulate…Today’s “Reason for the Season” is not intended to sway you one way or another or even to add to the debate, but rather to have a conversation as Candance Cameron put it, and look at what Santa Claus represents and apply it to our life!

Over the centuries Santa Claus has gone by many different names from Old Saint Nick to Kris Kingle to Father Christmas to St. Nicolas…to name a few.  It is the last name I would like to delve into on for a moment or two.  I did a little research and found a quick biography on St. Nicholas on “bio.” website.  In the article they said he was…

“Born in Patara, a land that is part of present-day Turkey, circa 280, St. Nicholas was a Christian bishop who helped the needy.  After his death, the legend of his gift-giving grew. St. Nicholas transformed into the legendary character called Santa Claus, who brings Christmas presents to children around the world.”

The helping of the needy and the gift-giving part of St. Nicolas is what I think we can all grab hold of as a positive influence that Santa Claus can have.  Many Christians wrestle with whether or not to expose their children to Santa Claus or not, it is a decision that every parent has to decide for themselves.  My co-worker I were discussing Old Saint Nick yesterday as we enjoyed a beautiful lunch in the park, and he said something to the effect that Santa has nothing to do with Christmas so why would I even bring him into my home.  He definitely has a point and again I don’t want to step on any toes, so I will just share with what I have experienced and if you bear with me I’m sure that God will speak through this post or at least that’s my prayer.

Growing up my mom, who was a single-parent raising three kids on her own, (having gotten divorced when I was five,) made Christmas a very magical time for all of us and Santa Claus was a part of that magic…Ones that I never would want to have missed out on.  For my wife and I…we decided to continue on the legacy of Santa Claus as well but talked at length about the significance of the holiday being all about Jesus and explaining the Christmas story each and every year.  Part of the teaching that we did about Santa Claus was that he represented the spirit of giving and helping others.  But I can assure you that our children undoubtedly walked away with a firm understanding that the greatest act of giving and goodwill to men was by God sending his Son…as the Angels proclaimed to the Shepherds…

“Glory to God in the highest,
And on earth peace, goodwill toward men!”
Luke 2:14 (NKJV)

So in my opinion, and I know that this is not shared by everybody, Santa Claus…or should I say the man he was named after…St. Nicholas is a representation of the goodwill that I want my children to show to others as they grow up.

When you think of Santa there have been many different depictions for the jolly man in the red suite, artist Norman Rockwell for me captured some of the best!

I have always loved the last painting in particular, call 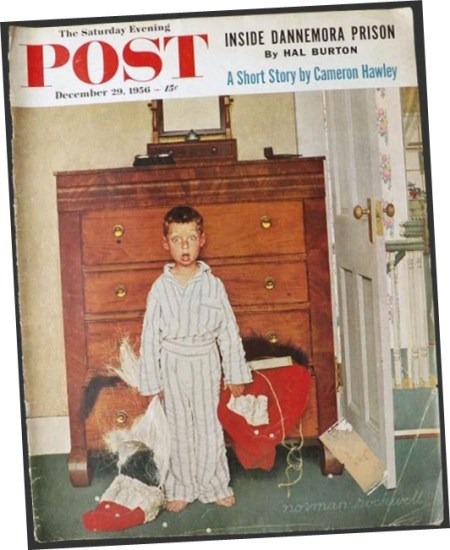 ed “The Discovery.”  It was published on December 29, 1956 in the Saturday Evening Post, capturing the stunned expression of this poor little boy when he discovers the truth about Santa.  Rockwell’s portraits have always evoked an instant sense of nostalgia in me by drawing me into a time period that seems like no other…where childlike wonder abounds and innocence is once again tangible.  That is what I think Santa Claus does as well…the myth of this benevolent gift-giver generates a faith that there is something bigger than ourselves and opens our eyes to see life in a different way.

This Christmas I pray your eyes will be opened to believe into something so much greater than a good man who delivers presents to deserving children, but rather to the Savior of the World, born of the virgin Mary, who lived the humblest of lives and died in the most horrific way in order to bridge the divide that existed (see Isaiah 59:2).  The apostle Paul said in Ephesians 2:8-9 (NLT)…

“God saved you by His grace when you believed.  And you can’t take credit for this; it is a gift from God.  Salvation is not a reward for the good things we have done, so none of us can boast about it.”

God sent Jesus to be the payment for our sin and so when we believe in Jesus and trust Him as your savior, you receive a free gift that you could never earn…God’s Grace.  We started this “Reason for the Season” to look to receive from Jesus what we really need and that is Grace, the free and unmerited favor of God which is available to anyone who will take the step of faith.  Take a look at this picture.

I am a visual learner so for me that nails what Grace is in a nutshell.  It is the bridge, the path to restore the connection between God and us!  HOW AMAZING IS THAT?  Immortalized in song by former slave trader John Newton, “Amazing Grace how sweet the sound that saved a wretch like me!!”

Grace that stands in the gap for us…Without Jesus coming to earth, the separation that our sin caused would keep us from God (see Romans 6:23.)  So what about you?  Is there a bridge or a gap between you and God?  Jesus said in Matthew 18:2-4 (NASB),

Humility is key!  I will close with this final thought from Max Lucado,

“Santa Claus may be fun at Christmas, but he pales in comparison to the One who reigns forevermore. Jesus can give you what you really need.”

I could not agree with that statement anymore, but what I do love about Santa Claus is the awe and wonder he cultivates in a child’s imagination…so why can Christians condone Claus?  Because it is a great starting point for a child to believe in the in the miraculous which is this season is all about.  The Christmas story in a sentence is…

Christmas is God’s salvation plan through the virginal Birth of His Son in a Palestinian Stable over 2,000 years ago to be the perfect sacrifice for the redemption of His People! 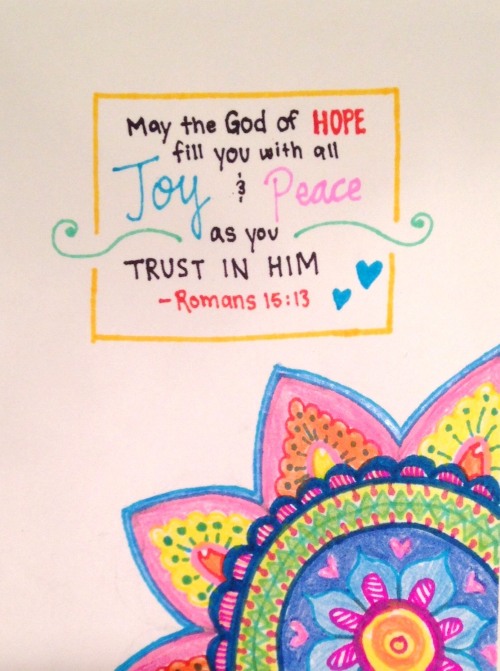 This season approach Christmas and Jesus with childlike faith, with awe and wonder for it is a time for the miraculous – may a new level of faith be birthed in you!  Here is my Prayer for you!!

“I pray that God, the source of hope, will fill you completely with joy and peace because you trust in Him. Then you will overflow with confident hope through the power of the Holy Spirit.”  Romans 15:13 (NLT)

I have two supplements to today’s “Reason for the Season” for you:

If you would like to see the next installment of our “25 Days of Thankfulness” series go here…★ Day 24 – Reason for the Season – Best Christmas Gift Ever! ★